Looking for a new employee? 13th January found to be the day the digital skills shortage is at its lowest 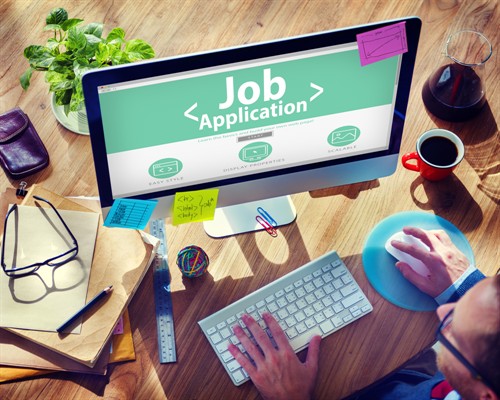 Tuesday 13th January is expected to be the day that the digital skills shortage is at its lowest, as it's the most popular day of the year for people looking for a new job in digital!

Manchester based digital recruitment agency, The Candidate, has conducted new research into the busiest time of the year when candidates are looking for a job in the digital sector. It found that people are more likely to consider their career options on the second Tuesday in January than on any other day in the year, meaning there is an influx of skilled professionals available to help reduce the digital skills gap.

By looking into when the agency received the most CVs last year, it found a staggering 57 per cent more jobseekers approached the agency on the second Tuesday in January 2014. As part of the research, The Candidate interviewed 100 of these jobseekers to find out the reasons why it was this particular day that they chose to look for a new position or take a new direction in their career.

The majority (61 per cent) of those asked said that their main reason for seeking a new job on this day was a result of reassessing their lifestyles after the Christmas period and wanting a new challenge in 2015. Nearly a fifth also wanted a change in career because of a New Year's resolution (19 per cent).

Other reasons included wanting to improve their skills (9 per cent), and relocate to the north in search of more opportunities and a better quality of life (6 per cent). 5 per cent of those asked also viewed the digital industry as thriving, and a promising industry to progress their career in.

The Candidate has already experienced a surge in candidates looking for a job this January, witnessing a three-fold increase in enquiries in the first two weeks of this month. As a result, it predicts that again the second Tuesday of the month, this year the 13th, will be the busiest day for those recruiting.

Brian Matthews, managing partner at The Candidate, said: "We have already seen a rush of candidates approaching us in the first week of January.

"What is interesting this year, though, is the amount of jobseekers looking to move into digital from other sectors. We are also experiencing more candidates wanting to relocate from London and other regions to this area.

"This is good news for the digital community in the North West, as our previous research discovered a serious shortage of skilled digital professionals in this region.

"As a result, the 13th of January will be a vital day for digital businesses, as they will be able to pick from a bigger and better pool of talent than on any other day of the year. However, companies need to prepare for this busy period in order avoid this opportunity passing them by.

"For instance, companies need to make themselves attractive from an employer brand point of view to benefit from movers. Recruitment agencies understand the market and will also be able to help businesses plan for this busy phase and ensure they get the best candidates through the door."