People will commute for 60 minutes without relocating 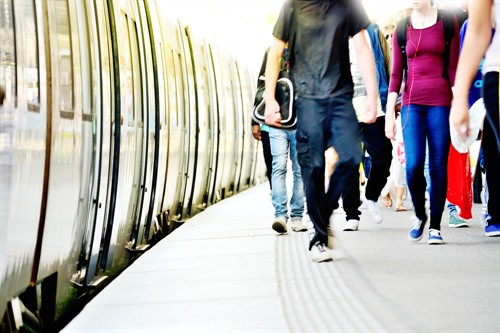 We recently commissioned research to find out the reasons for the digital skills shortage in parts of the UK, and the study revealed interesting statistics about the length of journey employees find acceptable when applying for a new job.

Our research shows that half of job seekers wouldn't consider a job which would involve a commute of more than 60 minutes.

Approximately half of those surveyed would be happy to spend up to 60 minutes getting to work, whether that be via their own transport or by public transport, but wouldn't apply for a job that would involve a longer commute.

Only 9% of those in the survey said they would commute to work if it took an hour and a half or more.

Candidates willing to relocate for a position open up their job search to bigger and often better opportunities to develop their career.

On the other hand, many people don't necessarily lose out by having a longer commute in the mornings, if travelling to work via train for example; it can be an opportunity to get ahead on the day's tasks. It is really important to consider both the advantages and disadvantages of a longer commute to and from work and it's affect on your family life, social life and the time you have to enjoy hobbies.

From a company's perspective, meanwhile, offering attractive relocation packages to potential candidates will increase the likelihood of a better hire for a business as it opens up the position to a greater amount of job seekers, whilst being a magnet for those wanting to cut down their commute.