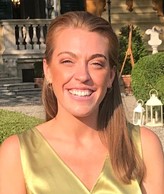 After recently placing Olivia Skinner as a Group Affiliates and Partnerships Manager with a top eCommerce brand in the North West, we have caught up with her to ask her how she has found her relocation from London and what she loves about the North and her new role! Check it out…

We’ve seen a recent trend in candidates relocating from London to the North and you’re one of those candidates, what made you decide to make the move?

I went to uni in Manchester and am from up north originally so I have a lot of personal ties here but, friends and family aside, I just love Manchester as a city - it has such a buzz about it and everything you could ever need: great food, nightlife, music, shopping, culture. In my opinion, it’s the greatest city in the UK. I think there is a common misconception around a lack of opportunities in the north - London is often painted as the centre of the universe - but this is absolutely not the case, particularly with the growing trend of businesses relocating up here. Many agencies and media houses also have offices up here.

Are there any tips you’d give someone looking for a new role when relocating?

Start your search as soon as you can - you don’t know how long it will take for the right role to come up or how long the interview process may take. For me, it was mainly about making sure I’d found the right role to move into and then making everything else work around it.

What’s have you enjoyed the most about being in the North?

Honestly, I generally feel a lot less stressed! My commute has been more than halved so I feel like I have so much more free time and can definitely feel that in the evenings. Manchester, in particular, is great as you can walk most places (such a luxury not having to get the tube!). I’m also still struggling to get my head around how much cheaper rent is up here - you can get so much more for your money in a much more central location!

What were you looking for in a new position?

I wanted to find a role that was relevant to my skill set and experience in an industry that interests me for the right salary.

What interests you most about your industry?

I love the fact that it’s so varied from day-to-day, partly due to the huge variety of affiliates and partners we work with, but also the fact you need many different skills within the role - you need to be commercially-minded but also enjoy building strong working relationships with people. There are also a lot of fun industry events which is a nice bonus!

What is the best preparation you have had for this role?

For me, my experience working agency-side for four years gave me the best foundation - you get the chance to work with a range of brands - both smaller start-ups and big household names - and gain a real insight into their strategy and internal structures (which always vary massively from company to company). You also learn to troubleshoot a lot of issues and have a real opportunity to build your industry knowledge and contacts.

What added value did you get from job hunting with a recruitment agency such as us here at The Candidate?

The Candidate was great in opening my eyes to roles I wouldn’t have come across or considered if I’d been job searching on my own - this is especially a plus if you are relocating and maybe not aware of all the different companies and roles around. They have great relationships with a plethora of NW-based businesses so were able to speak to contacts there personally, which I think makes an interview much more likely than just sending your CV to a generic email.

Will you contact a recruitment agency again for any future career change?

I hopefully won’t need to for a while, but if and when I do I will definitely speak to The Candidate!

Thanks to Olivia for sharing this insight into relocating as a marketing professional!

Check out our digital jobs here.

If it’s creative roles that you are after, click here.