So with the great and the good of the online marketing world assembled at MMU business school, SAScon 2013 kicked off and with that, the information sharing and networking began! 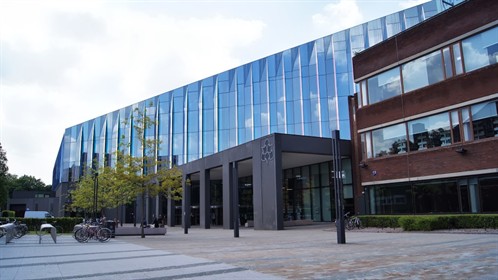 With the conference going from strength to strength it has really succeeded in attracting some excellent keynote speakers, from the slick kick off performance of Alistair Thornton, Marketing Director at thomsonlocal.com to the formidably interesting Clancy Childs, Product Manager at Google Analytics…and those guys at GA love their data!

Clancy managed to blend his speech excellently between the informative and the humorous…even pointing out his cameo role in one of Google's promo videos.

The key take away from his speech was that the next big hurdle we all face in search marketing is getting ourselves a full and true understanding of attribution. Not something that will be new to many of us as, we are all well versed in the challenges of understanding the true value of each click in the process. But what was fascinating was how he gave us insight into the way Google are facing up to this challenge, to the point that they've even managed to get their hands on some kind of "quantum computer" as Clancy called it! 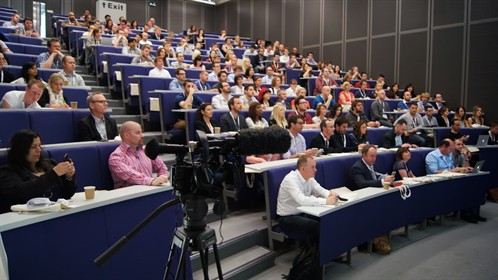 With experts from across the board in the search environment encompassing SEO, PPC and Social amongst others it made for a broad and interesting spectrum with something for everyone. It was great to see that there had been a good deal of thought going into each of the presentations to really maximise their impact too, from the more formal, hi-tech lectures to the more open, discussion based formats.

Of course it was no surprise that Google's Enhanced Campaigns reared their head again with the forced switch over (or "D-Day" as one delegate referred to it!) just around the corner on 22nd July. In one of the more open type sessions presented by Marin's Jon Myers we also had representatives from both Google and agency sides, Chris Johnson and Elroy Condor respectively, to share their thoughts.

With us all being the cynical bunch we are, the first part of the session focused around the perceived negatives we will all have considered…with the primary one of these being that it basically felt like a way for Google to increase their profits! However the real value here came when we got a chance to really explore a lot of different experiences of switching to enhanced from all the members of the audience.

Incidentally it was pleasing to hear that the majority of people there were of the mind that if managed correctly the benefits of this change by far outweigh the negatives - so embrace the change folks!

So overall, a resounding success which was all capped off with everyone adjourning MMU for the Dog Bowl instead…for copious amounts of beer and Jager…and of course a little bit of networking too!! Until next year SAScon…over and out!!