After two weekends of Premiership football, The Candidate Premier League table is starting to take shape.

Those who had Mignolet as keeper (or even captain) that first weekend got off to a great start. As did those who had the belief that Cardiff City would embarrass Manchester City.

Personally, I could have done a little better. My blind faith that Lukaku would start and score proved a silly idea thanks to The Special One. Also, my refusal to spend £14.0m on Robin Van Persie might have hit me too. 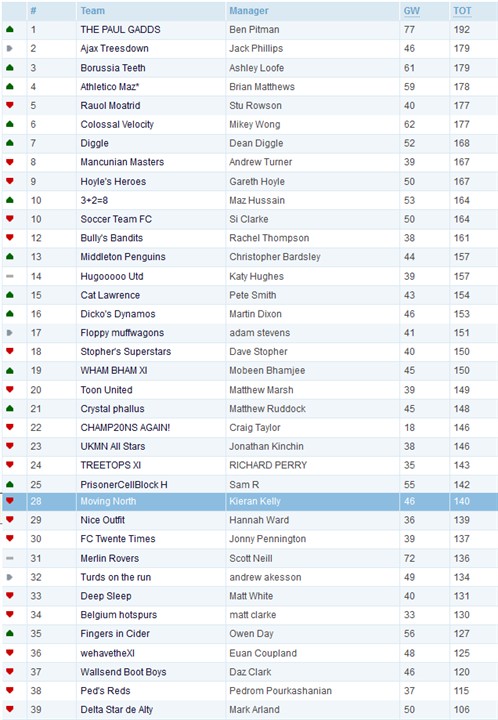 In regards to our office, Managing Partner Brian Matthews is leading the way on 178 points, with Maz and Si tied on 164. I'm hanging towards the end on 140 whilst Euan needs to get his act together, only on 125 points so far!

Overall, congratulations go to Ben Pitman for setting the pace.