The Reality of Gender Bias at Executive Level 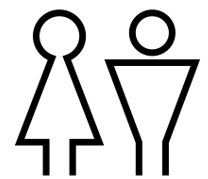 The Candidate’s latest recruitment whitepaper in conjunction with the Manchester Publicity Association has exposed Executive Level Recruitment trends in Marketing across the North West.  The research they commissioned focused on key areas such as skill requirements, most popular roles, how long these roles take to fill along with the types of people occupying these roles.

It uncovered that 60% of the respondents claimed that there was a bias towards men at this level with 75% of Executive Level roles being held by males. In some cases, Executive Level teams are completely dominated by men as 21% of our respondents claim that this is the case within their company thus potentially indicating that the ‘glass ceiling’ for women in the workplace is as prevalent as ever.

However, a significantly smaller 18% stated that in their companies, females were favoured when it comes to Executive Level positions. In addition, 10% of respondents specified that their Executive Level team was 100% female. For career-orientated women, this could be seen as an encouraging albeit comparatively low and businesses must pave the way to eliminate gender inequality in the workplace and at Executive Level.

The results also showcased that only 22% of our respondents worked in an environment where Executive Level roles are equally divided by both males and females. If more businesses were to follow in their footsteps, then gender inequality amongst Executive Level positions could significantly be improved.

Despite the Research's regional focus, it’s evident that this is an accurate representation. The Pipeline produced a UK wide report in April 2017 stating that some of the UK’s largest organisations have failed to improve gender equality at an Executive Level, with only 16% of women being successful at this level.

As the digital marketing industry continues to evolve at a rapid rate, more and more opportunities for Executive Level roles will present themselves. With this in mind, businesses should strive to make a conscious effort to ensure that their Executive Level teams have an equal gender representation, especially as a forward-thinking company is highly attractive to potential employees!

68% of our respondents also revealed that none of their employees over 50 years old are in Executive Level positions. Read our full research report about Executive Level Recruitment here!