The Top Perks of Relocation Packages 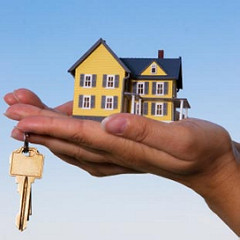 The Candidate recently carried out a research, which strived to answer the question: 'Are candidates making the move?' By conducting this study, we aimed to gain an understanding of how frequently relocation packages were being offered to candidates as well as what benefits would act as an incentive for candidates to make the move!

Of the 500 respondents in the study, we asked who previously had been offered a relocation package and what perks that were included. The results were quite diverse; with 69% of the respondents being offered paid temporary accommodation, 42% have had their transport paid for and only 8% had been offered a salary increase until they were settled in to their new lives.

In the past, it was unusual for a company to offer paid transport for new employees. However, the high percentage (69%) of those who had been offered paid temporary accommodation is very positive! If businesses were to take this on-board, they should see an increase in the amount of people willing to relocate for their company, as moving to a new area can be very costly for someone. Many companies may also miss out on great candidates if they are not willing to assist on their relocation process.

However, our research found that companies have paid legal fees for 19% of our respondents, which clearly proves that some businesses are willing to go beyond their duty in order to secure the right candidate for the job!

Evidently, when a company is putting together a relocation package, they should definitely consider offering an increase to the candidate's salary or offer contribution to their relocation fees. 59% of the respondents stated that the one thing holding them back from moving to a new city, would be the affordability of the relocation process. Due to the digital growth of the North West, we will see more digital and technology candidates relocating, where more companies must be prepared for offering relocation packages, if they want to grow their presence in another geographical location.