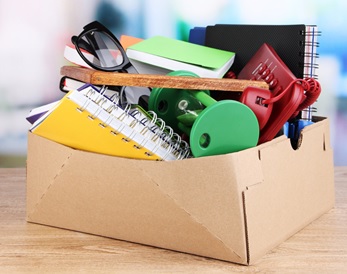 Here at The Candidate, we recently commissioned  research investigating the reasons that were contributing to the on-going digital skills shortage. Amongst the findings, our report uncovered statistics concluding that the majority of employees would be likely to relocate for a new job, if they were offered a relocation package by their new employer.

92% of those surveyed said they would seriously consider a job elsewhere, if they had access to a package that enabled them to relocate more easily. Yet limited businesses actually offer these kinds of packages - a massive 83% of people surveyed have never been offered a relocation package, when searching for a new job outside of their catchment area.

Relocation packages are sometimes offered by employers if the employment location is more than 50 miles from their home, or if it is a significant hire. The packages frequently include a number of benefits that would attract employees to move to another town or city for work, and are often negotiated during the interview process.

Those that would consider a relocation package will understand the advantages behind them. In terms of career benefits, relocating can provide a salary increase and a career can also be enhanced, due to employers seeing a willingness to relocate as a favourable attribute. There are social benefits associated with relocating for a new job, as it is an ideal opportunity to meet new people both inside and outside of the office.

The survey showed that it is increasingly becoming a necessity for employers to offer relocation packages in order to recruit the best people. It is significant for employers to be aware that if a potential candidate lives over an hour away from the office, they could dismiss a job move. Statistics from the survey showed that only 9% of people would commute to work for over an hour and a half, proof that employers need to seriously consider their relocation offering, before beginning the hiring process.