North vs. South - Where am I better off?

In this blog post Marcel, who has recently relocated from London after completing a graduate role for a leading marketing recruitment agency, shares his opinion on the North/South divide.  Marcel has a keen interest in Digital Marketing and has just completed an internship as a marketing assistant. He is ideally placed to discuss the differences between the North & South in terms of looking for new opportunities, over to Marcel…

Thankfully we are well on our way out of the recession and there have been significant improvements in the job market. That's not to say finding employment is an easy task now but it is reassuring to know that things are getting better.

Searching for a new role in this climate is challenging and can be made even more so by limiting the geographical areas we search in.It seems that most jobseekers have their sights firmly set on the south of the country and as a result the north is somewhat neglected.

Having recently relocated from the South East to Manchester I have discovered that there are many benefits to heading 'Up North' and would advocate many more southerners to do the same. Cities such as Manchester have a lot to offer and should certainly be included on the list of regions you'd consider working in if looking for advertising agency jobs, digital jobs or marketing jobs.

Being trapped in the gargantuan bubble that is London you could be forgiven for forgetting that there is a world outside of the capital. In fact the bubble is so big it seems to have created its own gravitational pull, attracting millions of people throughout the country to its epicentre.

People pack up and head off to London with the promise of higher pay cheques and a better standard of living. This has resulted in a densely populated environment full of high pressured, fast paced, money hungry people and businesses that can leave you feeling a little suffocated.

I for one am glad to be out of the rat race, leaving behind those long, expensive, cramped, monotonous tube journeys and never ending traffic jams full of insistently angry drivers. I remember my first "traffic jam" upon moving to Manchester (*chuckles*) if only they knew.

Although I do have to admit, there is one key memory of London that, unfortunately, I haven't been able to leave behind; and it's that's really irritating, ear piercing, screechy sound the tube makes whilst hurtling through those black tunnels… ouch, it torments my ears to this very day.

Now it's no surprise that the capital attracts such large volumes of people, since coming out of the recession most of the economical growth experienced has been happening in the south of the country specifically London. 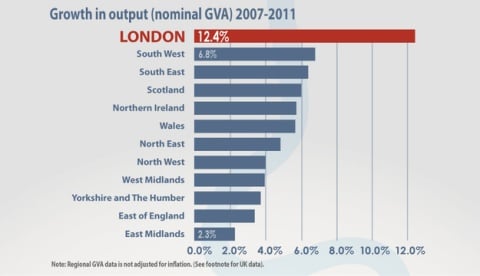 But is this financial allure all a façade?

The cost of living in the capital is substantially higher than anywhere else in the country, especially when compared to the North West. Studies into the true spending powers of salaries around the country have found that those living in the North of England enjoy a higher standard of living and a better quality of life.

When looking at average salaries in relation to the local cost of living Cheshire came out on top as the best place to live. This study by Barclays Bank highlights the fact that, while the biggest salaries are available in the South, the high cost of living there means the money does not go as far as it does elsewhere.

So the millions of Britons that have ventured South in search of a better standard of living and aspirations of wealth could well have been better off staying put, equally those who opt out of the southern rat race and move North could be even bigger winners.

This could explain why everyone seems a lot less angry in Manchester than when compared to London. I've never encountered such calm and polite drivers it's like they've never heard of the term road rage. Could it be that the further north you dare to venture the friendlier the people become?

I would wholly subscribe to this theory.  It would seem that the people of the North have found a better work life balance, and this balance is sustainable due to a healthy working environment alongside decreased financial pressures. It also seems a lot less crowded so there is a lot more room to breathe and on top of that the air you're breathing is considerablyfresher(In both senses of the word).

And it's not just breathing space that's increased its living space too. One of the biggest challenges that young adults are faced with today is getting onto the property ladder. It appears an almost impossible feat in the south but in moving north it could become a much more realistic goal. 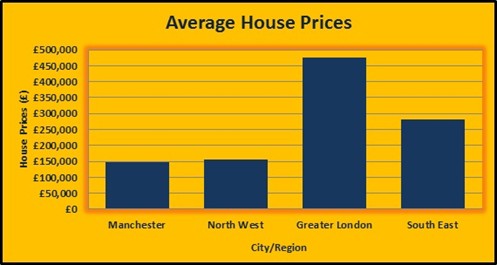 The rise of house prices in the capital is a consistent trend that is set to continue due to very limited space in a highly condensed area. London's house prices also rise significantly faster than those of the north, so property in Manchester is set to remain considerably cheaper for the foreseeable future. This makes the North West much more attractive to both employees and their employers. 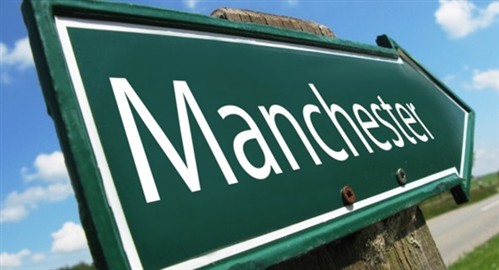 Manchester has the potential to become a real super city of the UK, doing for the North West what London has done for the south. It's been developing slowly but surely for the last decade and is crying out for an influx of talented southerners.

It's already home to well renowned universities full of bright young talent from up and down the country, a good percentage of which stay in the city after graduating. The more graduates that stay in or move to Manchester after graduating the more attractive the city will become to employers.

If enough talented professionals decide to head north and join these graduates then we will start to see what economists term 'agglomeration benefits'. Cities like Manchester will start to strengthen their own pull on jobseekers and reduce the imperious pull London has on the rest of the country.

So it's clear that the North West is full of opportunity and this region has a very promising future. With the right influx of talent Manchester has the capability of creating its own smaller, friendlier, ingratiating bubble with a force big enough to rival the imperious pull of London.