Event of the Week: Digital Ping 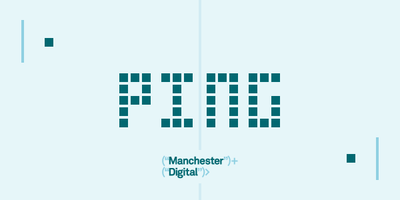 It's cold, grey and wet outside, we're all finding it a little bit too hard to get up in the mornings and half of the office has already caught the "dreaded lurgy" that is the autumn cold. It's not all bad though, before you decide to hibernate through to 2015, remember it's also the season on mulled wine, mince pies, Christmas parties, award ceremonies and industry social events. We suggest the next event in your diary is Digital Ping, organised by Manchester's fantastic independent trade associate, Manchester Digital. If the name doesn't give it away, this fun networking event, which is also the first of its kind, is a no holds barred ping pong tournament between Manchester's finest digital professionals.

Although teams have already been allocated, you can still attend and network with members of Manchester's brightest digital community, cheer on your favourite team, eat pizza and enjoy the atmosphere.

Whether you're planning your next team night out or you're growing your personal digital network; this is where to start.

For a night of fun, games, pizza and networking book here, it's FREE as long as you're a Manchester Digital Member. If you're not, why not sign up and get access to some of the North West's best digital events.