Welcome to the very first post in our Digital Agency Showcase. Here at The Candidate we are aiming to showcase the North West agency talent by highlighting the great work completed in 2012.

The first agency in our showcase is Venn Digital and their representative is Managing Director, Brian Whigham. 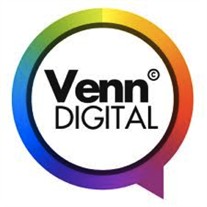 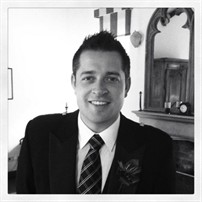 Brian Whigham is managing director of Venn Digital, a full service digital marketing agency, which was founded two years ago. Venn has grown from strength to strength and now has offices in both Manchester and London.

Brian began his own journey into digital marketing when he worked for a recruitment agency in 2005. He became aware of the growing significance of digital within the recruitment process. He took the initiative to recommend to his Director that they cut budgets to traditional methods of marketing such as recruitment fairs, and increased budget for online marketing.

He quickly progressed to the position of Sales Manager and this is where he furthered his skills in organic search and PPC. Excited by developments in all things digital he decided to make a career into digital marketing.

When in his new digital marketing role, he felt that he could take the plunge and go alone with his newfound skills and enthusiasm. Brian founded Venn Digital two years after he observed a gap in the market. There were plenty of creative agencies in Manchester and London; however, he felt there was a lack of results-driven marketing agencies. Venn Digital is based on the premise of providing clients with a digital campaign that can provide clear return on investment.

Brian kindly took part in an interview with us to explain what his role entails, and providing us with examples of Venn Digital's best work over the past 12 months.

Thank you for taking part in our Digital Agency Showcase.

1.What is your main job role and responsibility within the agency?

As Managing Director of Venn Digital I oversee all main departments. Which include: web design, PPC, SEO, Social Media, email marketing and Sales. I also spend a lot of time working within commercial business growth to expand the business, but I am ultimately responsible for all aspects of Venn.

2. Please could you pick a case study from 2012, and explain why you have   chosen it to represent Venn Digital's work?

I have chosen to showcase The Reel Fish Co. campaign for 2012. The campaign demonstrates the full service we provide: web design, e-mail marketing, SEO and PPC, the campaign provided great results and the brand had a great ethical message which lent itself perfectly to online marketing.

The Reel Fish Co. was founded as a brand that supports sustainable fishing. Their tuna product is caught by using traditional pole and line methods, and is never caught by using trawlers and nets. This prevents dolphins, sharks and other threatened species from being mistakenly caught.

They sourced a credible fishery in the Maldives, and they discovered the benefits not only to eco system, but also to the community at large. The Reel Fish Co. makes sure that the fishermen are paid a living wage, and that the tuna is processed and packaged in the Maldives, helping to support the local economy.

3. What brief were you initially supplied with by The Reel Fish Co., and what objectives did Venn Digital devise when briefed?

We were essentially supplied with a brief to develop the brand, create a website and launch the company.

The Reel Fish Co. did not just want to simply push for sales, they believed in supporting sustainable fishing, which is better for the eco system, the fisherman and their families.

Additionally, they required the key message of responsible fishing to educate and inform children and parents who would view this information and take action to buy ethical produce.

They wanted the website to be informative, educational and be shared amongst ages young and old. The Reel Fish Co. wanted to communicate that you can have a great quality product, at the same price, but which is sustainably caught and packaged.

4. What campaign strategy did Venn Digital devise to answer the brief and objectives that were set?

We decided that the key to the campaign would be to make sure we delivered a clear message of ethical fishing awareness for The Reel Fish Co.

However, we also wanted to deliver the message of The Reel Fish Co. in a fun way that would appeal to all ages.

The website design for The Reel Fish Co. was produced in a bold, colourful, clear and bespoke scheme. We felt the message would be better received if it could be viewed through an engaging and content rich website. 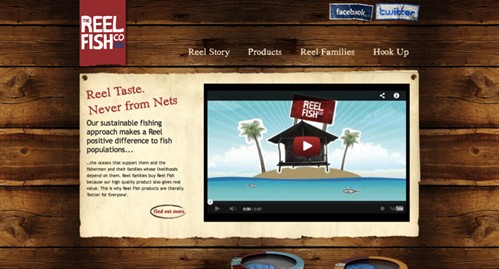 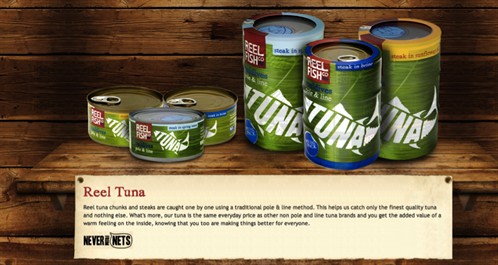 We also made some videos that educated in a fun and light-hearted manner, and the message is provided in a subtle way.

One of the videos used in the campaign.

The videos were also part of an advertising campaign that was shown on primetime television in Yorkshire and London.

We raised The Reel Fish Co. awareness through the use of social media, and asked Facebook and Twitter users with their thoughts on sustainable fishing rather than pushing for sales to social media users.

We wanted to aid this new brand to gain extensive growth and to engage with the lovely message that the company had to offer.

The campaign was a big success and I am very proud of the Venn Team for working so hard to deliver such results.

The campaign message worked so effectively that it resonated with consumers and buyers alike. The Reel Fish Co. tuna is now being stocked in ASDA, Booths, Waitrose, Tesco, Sainsbury's, Morrisons and Ocado. In addition, in a number of these stores the Reel Fish tuna was a sell out with consumers. 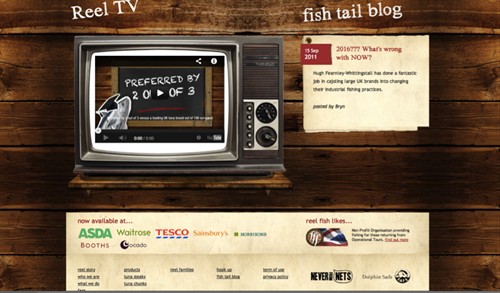 One tweet from Reel Fish Co. using the hashtag #sustainable during a TV programme with Kevin McCloud caused a Morrison's buyer to notice The Reel Fish Co. and consequently place a large order with the brand.

This campaign shows a great relationship between the client and agency. Brian and his team clearly understood that message was key, and this was the key unique selling point for The Reel Fish Co.

The web design is stylish and clear, and the message is conveyed in a fun but educating way. The success is illustrated clearly by the results, and The Reel Fish Co. seems to have grown from a grass roots company to a fully-fledged national brand, helping reinvigorate the product category.

The Candidate would like to congratulate Venn Digital for their hard work, and wish both them and The Reel Fish Co. continued success.