In order for the The Candidate Ltd to be able to store any data about you, represent you as a candidate or provide you with job opportunities, you MUST register or give consent.

Meet Groundbreak! Our new client, who are masters of outstanding video production and are a multi-award-winning, independent, commercial & corporate video production company based in Manchester, Wirral & London. They produce high quality film and video for clients and broadcasters around the world!

So who are Groundbreak and what do they do?

We asked the captain of the ship, Matthew Hunt, who is Head of Production & Client Services. 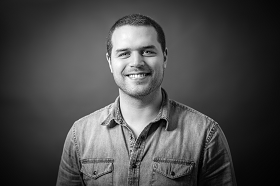 The majority of our work is in creating brand identity films. There has been a huge rise in the number of businesses wanting to differentiate themselves through video over recent years, so we've been busy! Another large part of our time is spent creating regular content for our clients' social channels. The type of project we get involved in is incredibly varied, from simple interview shoots, product tours, to animated explainers, CGI infused commercials and high-end brand identity films, sometimes known as "about us" films.

On the side we produce our own documentaries and short films; making films is what we love doing so there's (almost) always time to squeeze these passion projects into our schedules. For the most part the subject matter revolves around topics we believe should be brought to public attention with a goal of changing negative perceptions or behaviors. Essentially, doing what good we can with the tools we have. We've won several international awards for our documentaries including a few for "Best Film" & "Best Documentary" over in California. We also dipped our toe in the horror/thriller pond last year and ended up landing a spot in the Hot Springs International Horror Film Festival in Arkansas, USA. We took the whole team out there for a bit of a jolly, no one remembers much.

Tell us about you and your team

My official title is Head of Production & Client Services, but I've always preferred the term "plate spinner" as my role is quite varied due to an inability to keep my nose out of everything. I lead the production team to ensure our films are delivered on time, to budget and to the satisfaction (or even elation!) of our clients. I work with suppliers and freelancers, oversee recruitment, review general business operations, workflows and processes to find improvements to the way we work. I supervise our sales & marketing activities, and work with our clients to ensure they're as happy as can be. I'm also our in-house photographer and quiz master extraordinaire. I'm particularly proud of that last title.

"It sounds like a lot for one person to handle, but the team we've built are where the magic really stems from."

They're a fantastic bunch of people who each individually bring something incredible to the table; my main responsibility is to ensure that we're all working together smoothly to deliver a great service in an enjoyable environment, Groundbreak wouldn't be what it is without them and we're very lucky.

Can you give us a good example that represents Groundbreak's work?

Brand films are high on the corporate agenda and are the type of film we produce most often (in addition to our passion-project documentaries). If a company isn't promoting itself through video then that company is undoubtedly being overtaken by their competition, and theyareusing video.

One of my favourite recent productions would be the 'culture film' produced for an awesome family business called Studio People. They're a really dedicated team of studio designers, manufacturers & installers based in an old wartime radio station in north Wales. The passion from these guys was really evident from the first meeting, so we knew they would need something a little different than your average corporate video.

Instead of focusing on the services available, price points, product specifications or design and manufacturing processes, we suggested that we ignore all that and simply use their personalities and passions alone to sell the company to their viewers. After all, what is a company if not for its people?

Being a creative business and a team of professionals who take pride in the quality of their own work, the film had to match up to that same standard. Fully realising the importance of this, they allowed us the freedom to utilise the best equipment, a highly experienced crew and enough time to set up each and every shot with care and attention. No run-and-gun in this production. We even brought a smoke machine along to add a thick, ethereal quality to the air.

"I love how understated the film is, it doesn't try too hard it just, is, and that's one of the greatest things about it."

Nothing is scripted, nothing acted or staged (other than to ask our stars to "sit there and smile"), just beautiful shots and natural, candid words from relaxed interview/chat sessions.Everything a viewer receives from the film is genuine passion, genuine enjoyment and true pride in what they're doing and the company they're doing it for. It was lovely for us all to be a part of.

The mark of a good filmmaker(s) isn't necessarily all about the lighting, shot composition, a creative edit etc. For us it's also about really getting under the skin of and understanding a whole myriad of different businesses, sectors, personalities and operations, in order to pull it all together within a central theme or creative concept, and creating engaging stories that reverberate with particular audiences.

I've chosen this particular film to represent our work as it was one of the rare gems where our client just trusted us to do our thing. I strongly believe that releasing the proverbial shackles is one of the best things a company can do for their film. Trust in thy filmmaker.

We met with Studio People a few times prior to the shoot and got to know what makes them tick, and in doing so we shared our plans and demonstrated that our people understood their people.

So what you see and hear in this film is the embodiment of our own advice. No client-side producing, no compromises, just us telling their story properly through their own words and their own personalities, all "intershmogulated" with some pretty lovely shots. No features, benefits or sales pitches, just people, great people, Studio People.

There is no doubt that these guys have a great passion for video production! Want to hear more about Groundbreak? Stay tuned on part two of this blog, which is about the company's incredible journey and achievements!

Did Matthew Hunt inspire you to change career or get a new job? We have a full list of Digital, Media, Marketing and IT jobs here! We update new jobs daily on Twitter, LinkedIn and Facebook