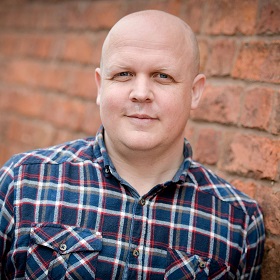 From a flourishing market town, to an industrial revolution and now the best place to live in the UK! Manchester is growing rapidly and so is the digital and technology industry in the North West. We sat down with our Head of Agency Recruitment, Simon Clarke, to talk about the digital growth in the North West and how to recruit with these rapid developments.

It is without doubt that the North West has drastically evolved digitally over the past few years; from the new Media City at Salford Quays, to the growing amount of digital agencies and companies setting up offices here in the region. Digital has definitely changed the dynamics of the major towns and cities; providing more career and business opportunities for all!

The Manchester Evening News recently reported that Manchester is the number one UK city to live in and to  work in if you're a digital professional, which is no surprise given the growth Manchester has experienced over the past two decades. Back in June, our research revealed that 54% of employees would relocate to Manchester than London and other cities, which is a smart choice considering the rapidly improving investments within the digital sector. This has encouraged more people to move to Manchester in search of a better career! Also, the gap between salaries in London and Manchester has decreased, however house prices and living standards in London continue to sky rocket; meaning that moving to the North will not only enhance your career but also cushion the bank account!

As a company, we decided to conduct research which addressed the question of 'Would Candidates make the move?' We wanted to uncover how often candidates were offered relocation packages, as well as, how many candidates would take up a proposal! After speaking to 500 professionals who work within the industry, including those individuals who have relocated, we found that there has been a significant increase in the number of companies which are offering candidates relocation packages with 1 in 4 now being offered! However it's evident that more businesses could follow in their footsteps in order to boost the talent pool up North! We were also pleased to see that 40% would be willing to relocate for a job if it was a place they always wanted to live in! It seems that more people are contemplating moving to the North West, and really who can blame them! Manchester can definitely hold its own when competing with London!

How has this had an impact on Agency Recruitment?

There has been a couple of significant developments. The volume of roles within the digital agencies in the North West has mushroomed with literally hundreds more jobs over the last few years. This includes hands-on roles, client and account management, technical and specialist roles serving clients across the UK a

nd around the world. In fact, most of the UK's top media agencies have a presence here and we know them to be very successful, profitable and exciting businesses.

As a recruitment agency, we have experienced an influx of Senior roles onto our books from the larger agencies in the region, such as specialised Digital Directors for SEO, PPC and Programmatic. This is exciting because it indicates that more people are looking to have more strategic professionals in the North West!

The Digital growth of the North has not only enhanced recruitment for larger agencies, but all the medium sized agencies which are doing better and are now recruiting more people than ever before! Some may have thought that the recent Brexit vote would have had an impact on the recruitment industry; however, we are happy to say that this isn't the case as we have continued to see a constant job flow throughout the agencies which we work with!

The future is looking bright for all the digital geniuses located up here and those willing to move to the region. Exciting things are occurring and now is the time to become a part of it!

Want to relocate to the heart of the North West and kick start your digital career now? Get in touch now or check our excellent list of digital marketing and technology jobs here!

Interested in reading our whole research? Check it out here